The greatest gift we can give to another is to serve as an example.
—David Ben-Gurion 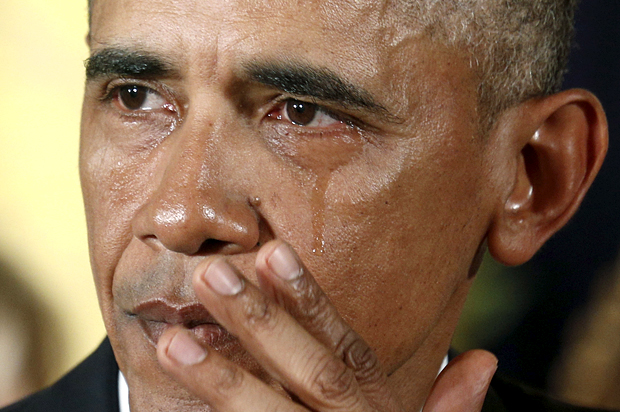 President Obama gave his farewell speech the other night and there were people crying all over the country, and all over Facebook. Dramatic photos are circulating of him crying, First Lady Michelle crying, First Daughters Sasha and Malia crying, Americans crying. Angry anti-Trump posts are also enjoying wide circulation on social media and are met with equally angry good-riddance-Obama posts. Angry celebrities are preaching to the choir. Barack Obama is being raised to the level of sainthood—easy to do because he is likable whilst Donald Trump is vilified—easy to do since he’s not very likable. So much anger. So much crying.

Why are people so sad at President Obama’s departure? People really liked him; yes, even loved him, not just in America but around the world. He had good looks, style and grace. We are very big on appearances in this country and he is kinda cool. Was he perfect? No, but when you love someone, you tend to overlook their faults.

I personally have never cried over a president leaving office and I hope I never do, but I do understand that there are deep feelings of unrest in this country which have led to even deeper divisions and fear is running rampant. Fear is closely tied to anger. It would be good to examine the deeper roots behind these feelings. A bulldozer has just plowed through our political system, leveling political correctness and polite society. And we don’t know how to handle that.

I was watching Part 1 of the PBS Frontline documentary, “Divided States of America” last night. (http://www.pbs.org/video/2365934009/)  It was really good, very interesting, thoughtful, carefully presented all sides fairly, I thought. I learned a lot. It helped me understand the Obama presidency a bit better. It also helped me understand why, early on, the Republican party wouldn’t work with him. According to the Frontline piece, Obama had met with Republicans about the first big crisis—the stock market crash and impending bank bailouts just days into his presidency and asked for their side of the issue. After he heard it, he told them frankly that he was President and was going to do what he was going to do. Frontline mentioned that this was a continuing trait of his throughout all eight years of his presidency. He didn’t know how to reach across the aisle, to schmooze, to win over votes, to wine and dine. That just wasn’t his style. So he didn’t, yet he continued to blame Republicans for not working with him. Republican and Conservative voters felt ignored and left out of decision making from Day One.

And when each of the top bank CEOs took the bailout and subsequently paid themselves handsome $50-million-dollar-plus bonuses out of it, he met with them, should have raked them over the coals for it, but he didn’t confront them. His words: “We’re all in this together,” and he turned a non-confrontational eye to what amounted to a gross slap in the face to the American taxpayers who had just bailed them out. Perhaps one of President Obama’s biggest failures was not effectively communicating to the American people about nitty gritty details. He excelled at lofty, idealistic speeches which made you feel good. He was not so good at helping the boots-on-the-ground folks understand what he was thinking and doing.

Remember the healthcare bill being rushed through before anyone could read it, and Nancy Pelosi saying rather dumbly, “We have to pass it before we can read it.”? This was astonishing to me. I remember thinking to myself, This president just does whatever he wants regardless of half the country’s feelings and opinions. This scared me about him and I never felt comfortable for the next eight years, although I too had high hopes for change. My son and I prayed for him every week for those eight years. But I understand real fear about a sitting president.

I can understand the groundswell of anger, helplessness and fear that brought about the election of Donald Trump. There were homes being foreclosed on, jobs lost, a heavy burden of unaffordable health insurance being imposed upon struggling families, a reluctance to call a spade a spade when it came to Islamic terrorism, and poor racial relations that did not improve because Obama was reluctant to address them. His non-confrontational style kept him silent for the most part, and this was noted in the Frontline documentary. Since racial violence couldn’t be pinned on the president, it got pinned on cops instead and rioting ensued. More unrest. His silence emboldened our terrorist enemies and made us as a country feel weakened.

It’s been no secret that for years the mainstream media not even thinly disguises a heavy liberal bias which further deepens suspicion and mistrust in half the country. Believe it or not, at least HALF the country, if not more, does not espouse all liberal ideals…surprise, surprise. Someone said no one was more surprised at Trump’s victory than the media, yet it was the media that helped him get elected. Their blatant bias, hyper-focus on divisive issues and heavily negative reporting on Republicans and Conservatives has not gone unnoticed by a good percentage of Americans and the imbalance just made these voters madder. Probably one of the best outcomes of this election is that people are fact-checking their news even more vigilantly.

I don’t like Donald Trump very much. He scares me too. His childish rants on Twitter make me upset and angry. If the left feels like Republican voters and conservatives have turned 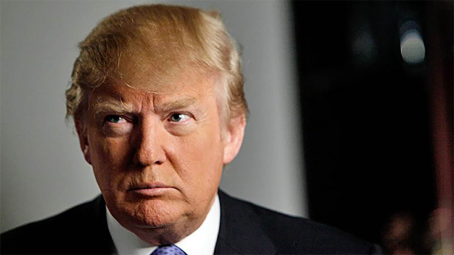 a blind eye to all his nasty rhetoric, it must feel astonishing to them. I certainly would be baffled and astonished if Trump were the Democratic president elect and said these things. My dislike for him would be immense. I might even join protest rallies although that’s not my style. For me, I have my eyes wide open. I don’t like those Twitter rants. Not for one minute do I like them. I’m not turning a blind eye, I’m trying to look at a bigger picture. I’m holding out hope that some very old and fixed ways of doing things in Washington will be dismantled and maybe voting in a business man who doesn’t really care if he is politically correct is the only way to do it. Business is certainly responding. Stock markets are up. The military feels better too.

No, I have not turned a blind eye to Donald Trump’s rhetoric. I will hold him accountable. I will call my congress workers just as I have always done. I will also pray for Trump just like I prayed for Obama. I don’t like being marginalized and tossed into the bucket of  “deplorables” and, as some think, uneducated, white (and therefore, by default, racist) voters. There was plenty of name-calling by both parties in this election. I think I’m pretty mainstream America, a hardworking educated mother, small business owner, a child of immigrants with huge hopes and dreams. I’ve struggled more economically in the past eight years than I have ever struggled in my life. I’m hoping the business climate does pick up so I can actually afford healthcare.

I’m not anti-immigration, homophobic, racist, misogynistic or all those other fine labels just because I voted for Trump. I’ve done missions work, peace work, fed the homeless, remembered the poor, rang bells for the Salvation Army, worked in soup lines, cared for our elderly, attended school conferences on special needs, and raised a son on a single income. I will admit that I care more for starving families than I do for which bathroom transgenders should use, or whether a shop owner sells a wedding cake to a gay couple or not. It feels very out of balance to me to have all these sexual orientation issues being the flag we are always waving, garnering a good bulk of the national news coverage on a daily basis, and a source for reverse bullying on a grand scale. I have different priorities. I want to hear how poor families in West Virginia are putting food on the table. I want to hear how victims of natural disasters are recovering a year after their homes were lost. I want to hear how we are making specific progress in the war on terror. I want to know I have enough work to put food on my own table.

That being said, this was the toughest election I have ever, EVER voted in. It was a hollow victory for most Conservatives. The one thing I knew was: I could not in good conscience vote for the other candidate and keep America going the way it was, a way which was apparently just fine for half the voters in this country who happen to also be the “louder half.” The pendulum has been swinging too far to the left. Now it’s swinging wildly too far right. But the physics of a pendulum is such that eventually it comes to center. 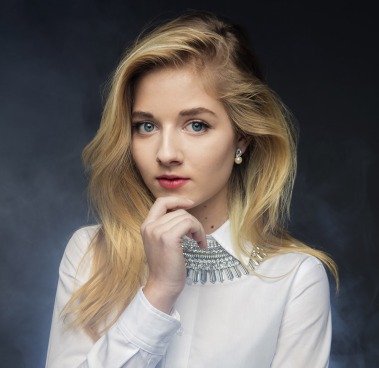 I am not surprised at all by the chest thumping refusals to participate in/perform at the inaugeration, etc. If I was that opposed to a president-elect, I might do the same. I am impressed, however, by sweet little Jackie Evancho, a singer with an angelic voice who has a transgender sister, going up against all that bullying and blustering by adult congress members. Jackie chose to sing for the inauguration because she feels it is an honor to sing for America. Good for her. She’s got her eyes on the right prize.

Look, we have a new president every four to eight years in this country, and each one brings their own strengths and weaknesses to the table, with an emphasis on different causes. No one man can do everything. This president will probably focus on jobs and business because that’s what he’s good at. I doubt if he will give rousing oratorials. Obama focused on cultural change and spoke eloquently because that’s what he’s good at. He was popular, good looking, and was probably the first really “hip” president we’ve ever had. But he wasn’t the best president we’ve ever had. He was just the top man in the top slot for eight years. A lot of things happened during that time, some good, some not so good. He does NOT deserve the angry vitriol spewing from the mouths of some conservatives. Nor does any president we elect. 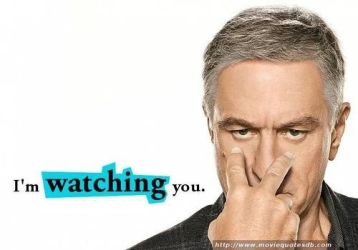 No, I don’t cry when presidents leave office. I see democracy at work. I do cry over deep divisions between my friends and family though. I do cry over being called names or seeing my fellow conservatives doing the name calling. This is what hurts me. I will strive to keep love in my heart the MOST important thing. I will strive to keep my eyes on God and what He has called me to do instead of on my neighbor…unless of course my neighbor is a terrorist or a mentally ill gunman. Then I will keep my eye on my neighbor. You bet I will. Bad people have a worst nightmare. She’s called an angry mother.

If I keep God as my focus and love as my aim, I will be able to sit shoulder to the oar with my fellow Americans who are in this boat with me. We can agree to disagree, but love should cover all. I do not wish for the downfall of Trump. Trump is just the temporary captain. WE are the ship. We are the ones allowing all this fear, anger and division. If the ship sinks, we all go down with it.

Everybody is ignorant, only on different subjects.
—Will Rogers