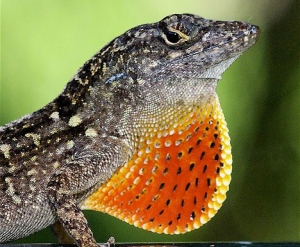 It’s the end of my third week in Naples, Florida. I am SO thankful for my cousins who have let me land in their spacious condo to regather, regroup, refocus. Moving is stressful. Relocation to another state even more. And I am no spring chicken.

After two months of unrelenting pressure moving from Minneapolis, downsizing, selling, unloading, giving away—I sort of collapsed two weeks after arrival here. I am up and running with my graphic design but I feel tired most of the time and the tendonitis I’ve developed over the years has only been aggravated by the constant repetitive movements of being a right-handed person on the move. Mouse, keyboard, mouse, keyboard, packing, lifting, hauling and then driving more than 1700 miles. Driving with tendonitis will kill you. But drive you must. When I get to heaven, I’m ordering a chauffeur.

It’s beautiful here in Naples. My cousin lives in a very nice area and I am surrounded by beautiful homes, European-style villas, palm tree-lined parkways and high-end shops. It looks more like the Mediterranean than the United States. Outside my door is Jurassic Park with little lizards called anoles of all sizes scampering across the sidewalks, defending mini turfs, lurking on the branches of oleanders. The males have large, brightly colored flaps of skin on their throats called dewlaps which they move via a set of bones in the neck. Mature males will seek out a conspicuous perch in their territory and execute a choreographed set of head bobs, push-ups and dewlap movements. So I watch these little “velociraptors” with interest as they flash their bright orange dewlaps and bob their heads to warn off rivals. Because I’m a nerd, I like learning about things like this. Everything is new to me.

Even the gnats and mosquitoes are different. In Minnesota, mosquitoes are big, lumbering B-52s that are easy to see and even easier to swat. Here, they are Mitsubishi Zeros, flying by in a flash, biting and gone before you know what hit you. The gnats are equally as agile. They are Focke-Wulfs and impossible to kill. Then there are the noseeums. They are ghosts.

Apart from my insect and reptile friends, I feel very alone here so far. Not enough time (or energy) to get out and make new human friends yet. And with few humans to call upon, I rely daily on God’s wisdom for how to handle situations that arise. One week after arrival, I got a bug bite between two of my middle toes, inside on the webbing. I never saw what bit me but it swelled and caused me great pain and difficulty in walking. All the foot soaking, Cortizone 10 and Benadryl cream in the world didn’t phase it.

I shot up a prayer attached to an arrow, “God, please help me figure out what to do about this bite!” Later that day, I saw a brief television commercial about the hemorrhoidal treatment Preparation H and a thought flashed in my mind, I wonder if Prep H would work on this bite? What the heck? It’s worth a try! I got some and within one day, the swelling had gone down, the pain was greatly diminished, and within two days, it was a harmless bump! Hope I never need the Prep H for anything else…

I did meet one new friend. Her name is Cindy and she’s the daughter of a woman friend of mine from Minneapolis. She’s been down here for eight years and said she still feels like a newbie. It’s hard to get settled, it’s hard to get hired, and it’s even harder to make friends because the place is so transient. We met for coffee at Panera, she brought her laptop and together we sat and mapped out the city of Naples.

Later, I told my friend, Carole back in Minneapolis that I had met a new friend here. “Well, where does she live? Is she married? Does she have kids? How old is she? What does she do?” she grilled. My answer was “I have no idea!” I was too busy noticing her wavy shoulder length brown hair, athletic appearance, whether her facial features matched her mother’s, and figuring out if she had a sense of humor. It sucks being a visual detail person. Carole would find out her whole life story within ten minutes of meeting her. Me? I noticed she did not have a dewlap.

I did learn that Cindy and her husband live in Lely, part of the Naples/Marco Island metro and love it there. We talked about the concert band that she plays flute in and her upcoming free concerts in the park. I learned that she teaches math at the local college. She told me about some area churches near me and invited me to dinner over in her part of town. I was so relieved and grateful to have met someone who can be a friend to guide me in this foreign place.

I’d like to say I miss Minnesota but many of the things that a person loves (and misses) about Minnesota were not mine anyway. Minnesotan’s love their cabins, lakes and docks. I did not have these nor did I frequent anyone else’s. Minnesotan’s love the outdoors in July. I always found it too hot and humid to do much in July. Ironic that I find myself in Florida which is 10 times worse on the Humid-O-Meter.

Minnesotan’s love the change of seasons. I looked at cool weather in August as time to push the panic button. Winter isolation was just around the corner! Neither my son nor I like cold weather and are not outdoors sports lovers. School is what got us both through the insufferable winters.

In the fall when the scary cool air was sneaking upon us, and the angle of the sun was changing, we were busy buying school supplies, setting up the adaptive devices he would need as a blind student, buying clothes, meeting teachers, and getting the bus schedule set up. Garrett’s school list was always different than the other kids. No number two pencils, box of crayons, scissors, tape and glue for him. Instead, it was Perkins Brailler, extra large binder or folders with pockets for Braille paper, Braille Light computer, spiral bound notebook for journaling between teachers, paras and myself, and several boxes of Kleenix.

We lived part of the time in the Minnetonka school district and the rest of his high school years in Eden Prairie. Brushing up on the route to and from the bus was a high priority. For sighted kids, a bus stop two or three blocks away is no problem. But for Garrett, especially in winter, it could mean life or death. On the way to the end of the street, he could miss the right turn of the sidewalk and step right out into traffic.

The school system was great. They taught Garrett (and me) how to navigate (or “trail”) with his cane along the curb edges to find our driveway and make his way to the front door. When he was little, the bus driver drove right up to the house but as he grew older, the distance grew and he had to pay close attention.

A blind person uses their cane to track back and forth between known pavement and the edge or the grass surrounding it. The cane helps them detect changes in the road surface, upcoming obstacles, and so forth. They also have to learn how to position themselves as forward, right or left. When Garrett got off the bus, he had to position himself forward, walk straight ahead about 20 steps, angle to the left until his cane picked up the edge of the pavement and the grass, and then trail along that, sweeping his cane left and right as he went. When his cane hit pavement on the left instead of grass, he knew he was crossing a driveway. Three more driveways and he knew to turn left onto ours. He learned various markers along the way as well. “Thunnk” was the mailbox stand (halfway home), “clank” was the fire hydrant (almost home), the count of four driveways and the sound of my neighbor Audrey’s wind chime meant he was on the right driveway to home.

One winter during a blinding (no pun intended) snowstorm, the snow had piled up so high, it was impossible to “trail” along the curb and Garrett found himself wandering in the cul-de-sac, unable to find his way to the house. This was my worst fear come true. I was still at work in the afternoon when he got home from school. I had a cell phone for him so he could call me if he ever got stuck like this but I worried every day until I got that phone call. That day, he hadn’t called me because he was outside in the bitter wind trying to find his way. Angels to the rescue. An observant neighbor saw him struggling out in the cul-de-sac and grabbed her coat and boots and came out to guide him home.

So, no, I do not miss Minnesota knowing what’s in store for the next half a year. But I am also looking forward to it not being so stupid hot here that I can’t go outside for more than an hour. What can I expect? I moved here in August! And it’s the start of hurricane season. Great. There’s another thing to worry about.

In Minnesota, I was the Queen of Preparedness. Had the “Tornado Bag,” filled with flashlights, batteries, matches, candles, and a hand-crank radio in the closet under the stairs, along with jugs of water, an extra set of tennis shoes, pillows, blankets and a fireproof/floodproof safe. Here, with Tropical Storm Erika knocking on our door, I’m flipping channels, listening to hurricane-preparedness segments, searching the internet for evacuation routes, filling my gas tank, stockpiling cash, planning my escape if it gets rough, and making trips to Walmart. They’re saying it could become a full blown hurricane by Saturday or Sunday.

Today as I wheeled my cart through the checkout at Walmart, the associate rang up bottled water, two more jugs of water, a flashlight, a battery-operated fan, some paper towels, plates, and canned goods and asked me blandly, “Stocking up for the hurricane?”  Why do you ask?

You go ahead and scoff. I’ll be the one safely riding out Hurricane Erika with light, toilet paper, radio communication and plenty of food—which I won’t eat because I’ll be so freakin’ scared.