I posted this earlier on Facebook and it’s worth repeating in my blog. It’s amazing when one teacher or one bus driver can influence the life of your kid forever. Because my son Garrett is blind and autistic, the Minnesota school districts worked exceptionally well with us to make sure that he had good bus transport to school. Although most buses don’t drive to your front door to pick you up, they seemed to make an exception for Garrett. 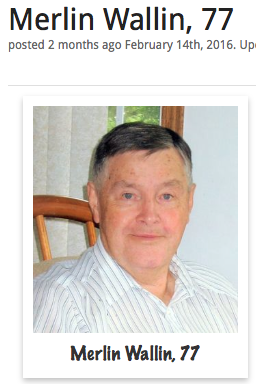 So when we moved to our first home in Eden Prairie, the school bus not only arrived on time in the cul-de-sac, but the bus driver, Merle would pull into our front driveway. Then, he had a loudspeaker system on the bus and as soon as Garrett appeared out the front door, he’d shout, “HOW’S GARRETT TODAY??!” which could be heard for blocks around. Garrett would smile from ear to ear as he navigated with his cane toward the bus and always shout back, “HOW’S MERLE TODAY??!”

This brought no end of delight to me and my next door neighbor, Audrey, who never failed to watch Garrett get off to school each morning. We’d call each other and laugh about it day after day.

One year, Merle was nominated for the “Bus Driver of the Year” award. Both Garrett and I attended the school board meeting to support his nomination. I elbowed Garrett before the proceeding and said, “Buddy, when they announce his name, you should stand up and shout, “HOW’S MERLE TODAY?!” He could barely contain himself with anticipation and as soon as the official announcement was made, Garrett jumped up and played his part. The whole room was startled and looked around. Then, characteristically, Merle smiled and responded, “AND HOW’S GARRETT TODAY?”

I learned that Merle passed away this last February, and I just want to say, “Thank you, Merle, for your selfless dedication and for being a bright spot not only to my son’s life, but for me and Audrey each morning. We miss you.” 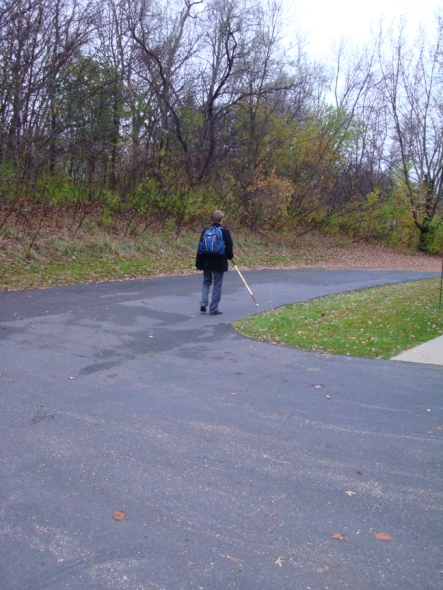 After that, Garrett had to start learning how to get to the bus stop on his own. It went from the driveway to the cul-de-sac, to the end of the road, to up the road another block north. I’ve never been an “over-protective” mother and never tried to shield Garrett from the realities he must learn to face as a blind person in a sighted world.

When he was little, he wanted to see what the washing machine looked like, so I flipped him upside down and let him feel the entire tank. Plunk, plunk, tank, tank, thump, thump, he felt it all. Of course it wasn’t running at the time, but there were other times when the washing machine WAS running and I would pick him up and let him feel the agitator going, the suds happening. Well? How else is a blind kid going to know what a washing machine is doing?? He also explored the dryer, the entire refridgerator, freezer, air conditioner, and anything else that was making things hum in our household. I would warn him within an inch of his life never to think of looking at these things by himself.  I don’t think I ever had him try out a mouse trap though.

There were other times when I let him climb on the roof with his childhood friend, Alex. Jeepers. I climbed on the roof when I was a kid. He needs to know how to do it, too. He’s been climbing trees and mountains since he was a little kid. I never worried, but I was always outside, always on watch, always an arm’s length away. Later, I heard from my older sister that she thought I had lost my mind to let a blind kid explore the roof. That was the first time I learned that some of my siblings were suspecting my ability to parent. They just didn’t know what I knew: My son, Garrett was a very careful and thoughtful kid. He didn’t go off the rails and jeopardize his safety…not for a minute! He just wanted to explore carefully and learn…and that’s what I let him do. He’s now 26 years old and still alive. Apparently it worked.

One time, after he had been dropped off by the bus more than a block and a half away from home, up the hill, he decided he’d like to run home, down the hill, using his cane to guide him. He knew the way, and like any kid, felt free to run. However, his backpack was too heavy and propelled him forward, he tripped and fell headlong on the tarred pathway. Skinned up and bleeding, he got home and called me at work: “Mom, I fell and I think I tore my pants, and I’m not sure but I think I’m bleeding because I can feel wet stuff.”  Not being there to assess the situation, I told my boss, “I have to leave NOW because my son says he’s bleeding and we don’t know how bad it is.”

I raced home more than 26 miles. If the police had stopped me, they would have gotten an earful and then a requested police escort with sirens blazing back to Scotch Pine Court. When I got home, sure enough, Garrett had torn his pants, skinned both knees, was bleeding and I administered first aid and got him cleaned up. That night, my neighbor, Audrey called me and I told her what happened.

The next day, some other people found out.

Everybody felt bad! His godmother, Carole was shook up!

Boy, you and I fell off our bikes, our skateboards, or just off the road and nobody ever felt bad for us. We have our vision. But have a blind kid fall headlong on the pathway with a heavy backpack and everybody’s protective gut instincts go into hyperdrive.

And for some reason, I felt strangely proud. My son had skinned his knees just like every other mother’s sons had.

There was another time when I wasn’t so proud. It was the dead of winter and a blizzard was blowing in. Garrett had been dropped off at the usual bus stop after school. This time, it wasn’t so easy for him to find his way along the block-and-a-half street, using his cane. The snow had piled up. The curb was not defined. Blind travelers use their canes to trail along the defined edges of the curbs, grass, sidewalks, etc. They count how many driveways or fire hydrants they’ve passed and then they learn how to turn down the right pathway to home.

In the blizzard, Garrett found himself out in the cul-de-sac searching for our driveway. A watchful neighbor had seen him wandering out there and bundled up to come rescue him. He told her his address and she guided him home. I’m pretty sure his guardian angels were out there on duty too, bundled up in hats, coats, mittens. Not for one minute was he on his own. 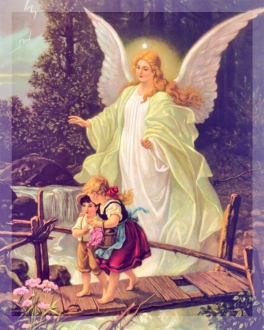 Gee whiz. There’s a reason why I’ve been a stressed out mom. I had to work, he had to get to school and get home by himself and I worried every day about exactly things like this. If I could learn how to trust more and not worry so much, I think life could be beautiful.

He survived. I survived. We’ve all lived to see another day. For some reason, putting Garrett upside down into the washing machine or up on the roof didn’t bother me, but thinking that he was wandering around the cul-de-sac in a blizzard put me over the edge.

I have a lot of empathy for you young parents out there, just starting your journey. If I could give you any advice it would be to trust your kid. You know him better than anyone else does. If you think he’s careful, than let him explore. If you think he’s reckless and foolhardy, than watch him like a hawk. This goes for girls too. And also know your kids have guardian angels assigned to them from the very throne of God. They’re not on their own, and neither are you.